Malaysian Scorpene
(click to view full)
The Franco-SpanishScorpene diesel-electric attack submarinecompetes on the global market against an array of competitors, foremost of which is ThyssenKrupp HDW’s U209/212/214 family. In June 2002, the Malaysian government signed a EUR 1 billion contract with Armaris (now DCNS) and Spanish naval shipbuilder Izar (now Navantia) for 2 SSK Scorpenes and associated support and training. Both submarines have been delivered to Malaysia, though there have been some technical problems.
Within Malaysia, the sale has been compromised by an ongoing trial and set of legal actions around the public kidnapping and private execution of Mongolian modeling student, translator, and paramour Altantuya Shaariibuu. Full and impartial accountability for public figures is not a prominent feature of Malaysian justice, but French Journalist Arnaud Dubus added to the pressure with a March 5/09 report in France’s Liberation, “Un cadavre très dérangeant: L’étrange affaire du meurtre d’une interprète mongole qui gène le pouvoir en Malaisie” (Page 30-31). It named very prominent names, offers details, and reveals the contents of documents that Malaysian courts have refused to admit…

Altantuya
The case took a dramatic turn when the victim was closely connected to EUR 114 million in “commission” payments to Perimekar, a firm owned by a close associate of Malaysia’s current Defence Minister and impending Prime Minister. The monies were paid by Armaris (now DCNS) for for “support and coordination services,” a term that may bring to mind the murder of Taiwanese Captain Yin Ching-feng in connection with a bribery scandal involving Taiwan’s DCNS frigates.
If the documents are true, Altantuya was murdered on the orders of Abdul Razak Baginda. Baginda is a close associate of Najib Razak, who was Malaysia’s Deputy PM and Minister of Defence, and now Prime Minister. Baginda has been acquitted in a Malaysian court, but Razak himself has been implicated in the associated bribery deal, and Dubus’ report includes details of text messages Baginda was reportedly sent by Razak, which strongly imply efforts by Razak to cover up the case and interfere with police investigations.
The motive for Altantuya’s death was reportedly twofold: EUR 500,000 she wished to claim as her share of the “commission” for the submarines, and the public embarrassment caused to Baginda’s marriage after his paramour tried to collect. The kidnapping was carried out by by agents of the Malaysian Special Branch police, in broad daylight, in front of Baginda’s house, with witnesses present. Malaysian sources have not published full details, but media organizations outside of Malaysia have.
As is usually true in these operations, it’s the small details that matter. The entire wet operation came undone over the non-payment of Altantuya Shaariibuu’s cab fare. The taxi driver hired by Altantuya for the day did not appreciate that his passenger was kidnapped under his eyes, without payment for the fare. He took note of the registration plate of the kidnapper’s car – and filed a complaint at the local police station. This established that the kidnappers’ car was a government vehicle, and fingered its owners.
Somewhere, a cadre of retired Bulgarian KDS professionals are shaking their heads, and wondering what’s wrong with the kids today.

Scorpene cutaway
(click to view full)
April 8/12: French investigating magistrates are reportedly looking into a Hong Kong-based company called Terasasi (Hong Kong) Ltd. Abdul Razak Baginda is listed as one of the 2 directors of the company. The other director? Abdul Malim Baginda, his father:

“The magistrates have documents that show that the money was funneled from Thint Asia to Terasasi – [EUR] 3 million of it when Terasasi was still domiciled in Malaysia, and [EUR] 33 million after it was incorporated in Hong Kong…. theorize that it was part of [EUR] 146 million that may have been funneled to officials of the United Malays National Organization and Najib…. One payment was for [EUR] 360,000 accompanied with a handwritten note saying “Razak wants it to be paid quickly.”

See: Asia Sentinel | Malaysia Today.
March 18/12: After 2 years of preliminary investigation by French police, France appoints a pair of magistrates to investigate allegations of bribery in Malaysia. Murder is beyond their purview, but France agreed to the OECD anti-bribery convention in 2000, and a 2007 French law created maximum penalties of 10 years in prison, and/or a fine of 150 million euros. As the Asia Sentinel puts it:

“At the heart of the story are allegations of a massive scandal involving not only Malaysian officials but top French politicians and arms purchases in Pakistan, Taiwan, India, Chile, Argentina, Saudi Arabia and other countries as DCNS geared up to sell naval equipment across the planet. The allegations include blackmail, kickbacks, a string of murders in Pakistan, Taiwan and Malaysia and involvement of such top figures as former French Prime Minister Edouard Balladur and others.”

Different magistrates are investigating different aspects, and magistrates Serge Tournaire and Roger Le Loire will deal with Malaysia. Under the French civil system, these judges are effectively independent investigators, with the power to subpoena witnesses and conduct international surveys. Even so, DCNS has managed to stonewall police searches of key files using “military secrets” claims, and aspects of the DCNS corruption scandal touch both of France’s major parties. That ensures powerful protectors, and indeed, none of the corruption cases against DCNS have been concluded in French courts. The inability to plea bargain has something to do with that as well, but it is not the whole story.
Meanwhile, in Malaysia, the appeal of the two bodyguards sentenced to death for the Altantuya murder has passed its 2nd year, and has been delayed again until after expected elections.Asia Sentinel | Malaysia Today.
July 22-23/11: French lawyer Willian Bourdon is detained at the Kuala Lumpur International Airport, and subsequently deported for ‘violating the terms of his visa.’ He is acting for the Malaysian NGO Suaram (Voice of the People) as their French legal representative.
It was Suaram who pressed the French government to open a probe into the deal. French investigators have been poring over DCNS records for months, but there area couple of legal hurdles. One is whether an NGO can act as a complainant in a bribery investigation, which this is. For France, the question is not one of murder, which is outside their jurisdiction, but of bribery, which is within it. If the NGO is deemed to have standing, the investigation would move forward and the documents found to date could become legally relevant. Malaysian PKR party VP and sitting MP Nurul Izzah Anwar was more blunt, at a a 500 guest “Ops Scorpene” fundraising dinner in Penang:

“She claims that Bourdon may have had access to crucial documents that may link Prime Minister Najib Tun Razak to the controversial Scorpene submarine purchases. “But the French court will provide public access to the investigation papers when the case goes on trial in September,” claimed Nurul at the Ops Scorpene fund raising dinner in Petaling Jaya yesterday…. hosted by Nurul’s aide, Fahmi Fadzil.”

In response, Defence Minister Datuk Seri Dr Ahmad Zahid Hamidi has “warned certain quarters against running a smear campaign over alleged irregularities” in the 2002 deal. Malaysia’s official Bernama agency | Agence France Presse | Asia Sentinel | Free Malaysia Today |Malaysia Kini | Yahoo News Malaysia.
June 2/11: An April 2009 diplomatic cable posted on WikiLeaks adds another key associate of Prime Minister Najib to the Scorpene Scandal, but it’s indirect. The cable looks at business leaders who are close to PM Najib Razak and his family, and mentions “Lodin Wok Kamarudin, Chief of Armed Forces Fund Board” (LTAT) in passing.
The key is his involvement in a company called Perimekar, which acted as a go-between for the deal, and appears to have been set up to distribute kickbacks from it. Lodin Wok was Boustead Holdings Bhd’s deputy chair, when the firm held a 20% stake in Perimekar along with LTAT. He also sat on the board of Affin Bank Bhd, one of Perimekar’s bankers, and was 1 of Perimekar’s 5 directors. Boustead DCNS Naval Corp itself is a 60-40 joint venture formed in 2009 between BHIC Defence Technologies (Boustead firm, chair: Lodin Wok) and DCNS. The firm received a RM 532 million contract for Scorpene support services from 2010 to 2015, which makes sense, but it’s also worth noting that “support contracts” are themselves a primary vector for laundering kickbacks in many 3rd world countries.
Given his position, and Malaysia’s deeply entrenched crony capitalist structure, it isn’t surprising that Lodin Wok would be involved in other firms related to the deal. On the other hand, that web of ties may also make him a key figure tying DCNS to any corruption in Malaysia.WikiLeaks | National Express Malaysia | National Express Malaysia: Celine Boileau report.
Nov 3/10: Malaysian authorities formally close the case, and the investigation, without result. In “Closing the Books on Murder in Malaysia,” the Asia Sentinel recaps the case and says:

“The closure of the case appears to write the final chapter in one of Malaysia’s most sensational murder cases… and a trial that appeared to be rigged to keep prosecutors as far as possible away from Najib, then the deputy prime minister [DID: now Prime Minister], and his wife, Rosmah Mansor…. De facto Law Minister Nazri Aziz, in a written statement to parliament, said the case was closed because [private investigator] Balasubramaniam had given conflicting statutory declarations, and that anyway, they didn’t affect the trial of two of Najib’s personal bodyguards and Abdul Razak Baginda [DID: who fled abroad], which ended in April of 2009 after a 159-day trial in which the bodyguards were sentenced to death. They are appealing the verdict, with suspicions running high that they will somehow be given their freedom in exchange for their silence on whoever ordered them to kill the woman.”

A French team continues to probe the sale of the subs to Malaysia, and whether kickbacks were paid to top French and Malaysian politicians. Note that DCNS is majority owned by the French state, which sees its role as an export promoter. Malaysia’s Bernama national press agency |Asia Sentinel | Malaysia Kini: reactions | Canada’s Vancouver Sun.
March 16/09: The case takes another turn, as Malaysia’s ruling party suspends an opposition lawmaker for a year, after he called Razak a murderer and demanded that he answer questions about his role in the affair. International Herald Tribune.
March 5/09: France’s Liberation newspaper publishes “Un cadavre très dérangeant: L’étrange affaire du meurtre d’une interprète mongole qui gène le pouvoir en Malaisie”, setting forth the detailed allegations. See: Liberation report and link | Malaysian SAPP Progressive Party report | Asia Sentinel | The Nation | UK’s Times Online | | Malaysia’s New Straits Timesrefers to the affair as a political hatchet job – but the article itself is findable via Liberation’s web site, contrary to this report’s claims | Asia Sentinel in Oct 2007, already concerned with the case’s handling and long delays.

Posted by Unknown at 1:26 PM No comments: 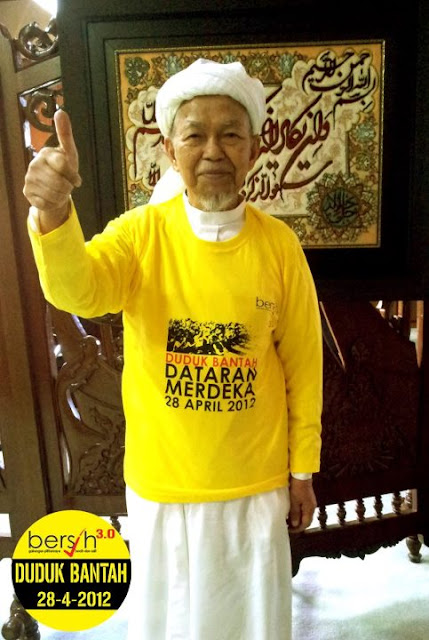 Posted by Unknown at 9:18 AM No comments: 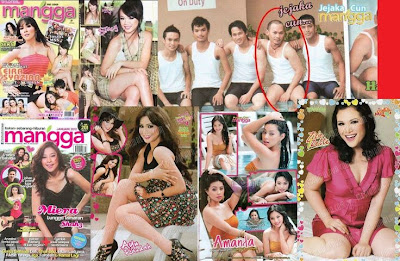 Email ThisBlogThis!Share to TwitterShare to FacebookShare to Pinterest
Labels: maksiat 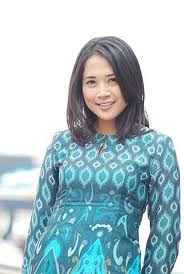 
Read more: http://kafesantai.blogspot.com/2012/04/susulan-kes-pengacara-tv-didakwa-minum.html#ixzz1sFlhHAfj
Posted by Unknown at 8:34 AM 1 comment: 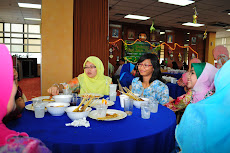